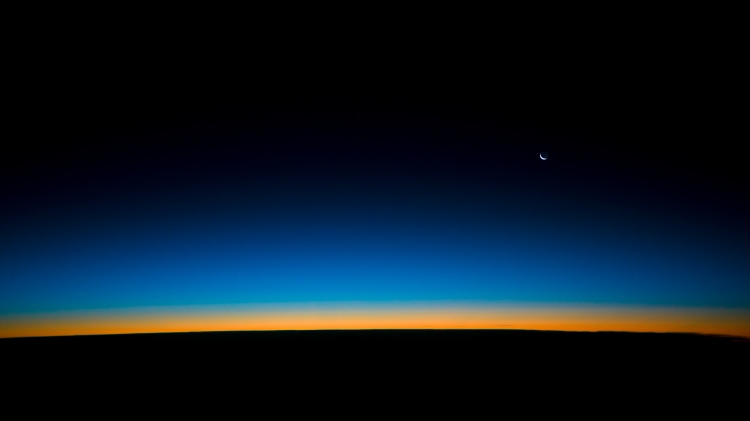 I don’t know how many Atlantic Crossings I’ve made in my flying career without researching my logbook but I never tire of seeing the color of the light before the sun appears in the morning. Yesterday was no different as we traveled from the United States’s East Coast to London.

I knew we were in for another pleasant surprise as the moon rose first. On its initial appearance along the horizon you could see the sun beginning to light just a sliver of the moon in a fiery red. As the moon continued to rise the color slowly changed from red to white as you see in the photo above.

Not much longer after I made this photo the sky quickly turned bright white and the morning show was over.