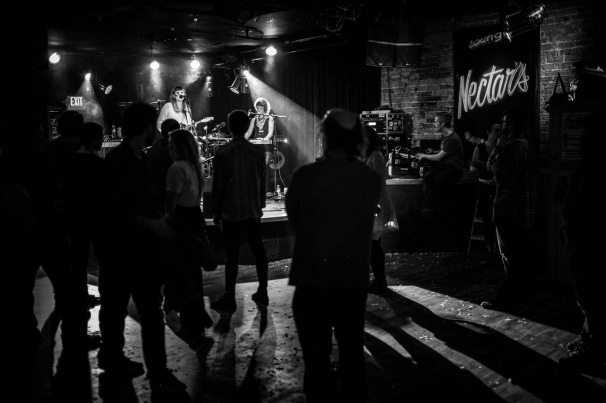 I’ve been traveling this week with work and after having flown to London, England then Dublin, Ireland we flew back to the states and arrived late in the evening to Burlington, Vermont.  The hotel restaurant was already closed the bartender had already called “last call”.  Since Burlington is a college town there a few establishments still open that we passed on the way to the hotel.

I quickly changed out of my pilot uniform and headed up to Church Street to see what I could find to eat and maybe something “cold” to drink.

Most of the places I checked had already closed their kitchens too but I finally came across an establishment that had some serious music happening.  And the big plus was they served burgers till 2 am.  Perfect!  The place is called Nectar’s and it reminded me a lot of our local restaurant/club “The Phoenix”. 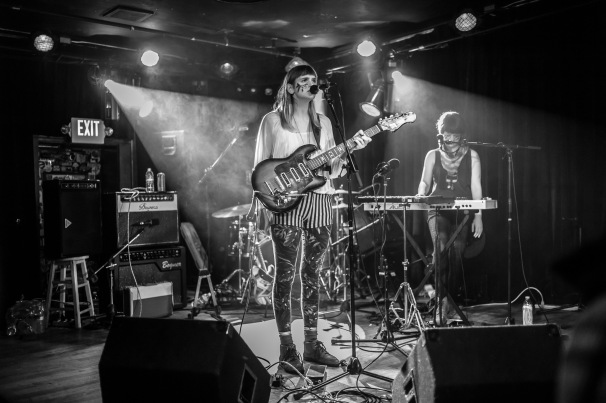 The band that was playing were celebrating the release of a new CD.  The music area was jammed and about impossible to get a see in.  However, at the moment, food was more important and got some food ordered. 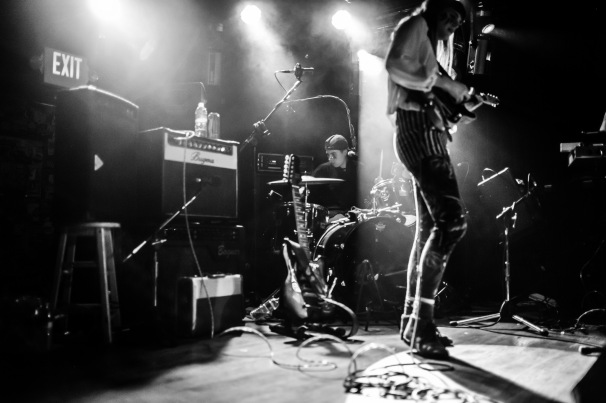 By the time my food arrived the band was finishing their last song.  Of course I had my Leica with me and wanted to at least grab a couple photographs but I was a little too late plus there really wasn’t any room to get to the stage. 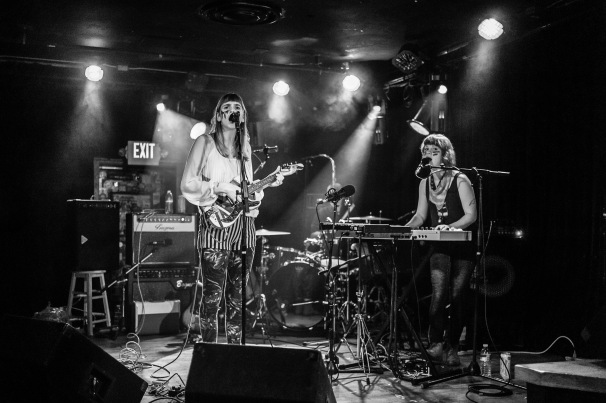 I came back out to finish my burger and order another “cold” drink and to my surprise a second band was setting up to play.  Its now past 1230 am.  Most of the crowd was leaving and now that I’d finished my food it was time to see if I could at least try and grab a few pics. 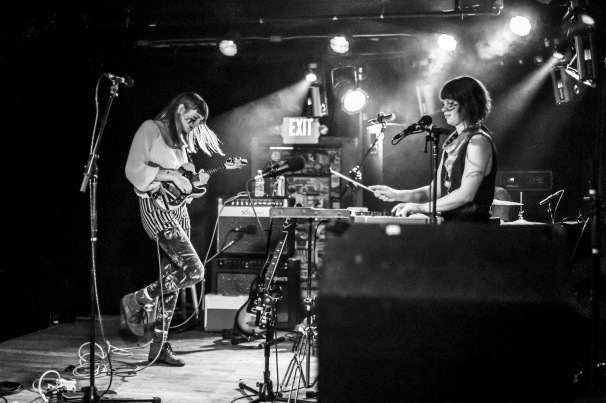 The last band to play was the group “And The Kids“.  Fortunately I was able to not only enjoy their music but got the opportunity to do some photographing too.  They finished at 2 am and I was seriously ready to get back to my hotel room bed for some rest! 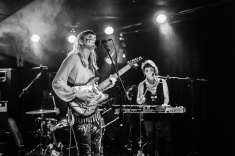 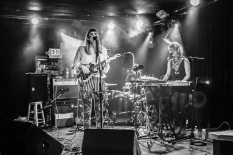 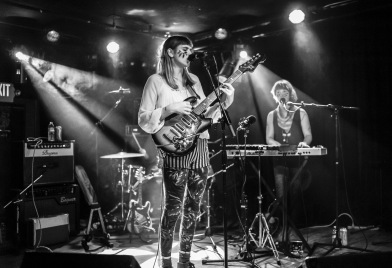 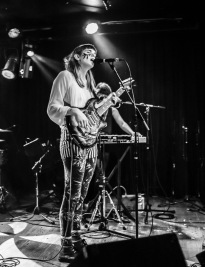 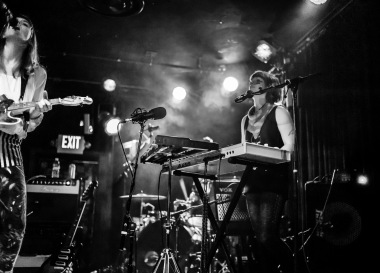 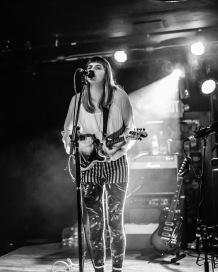 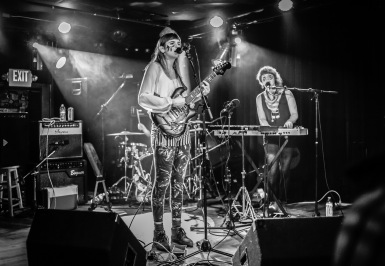 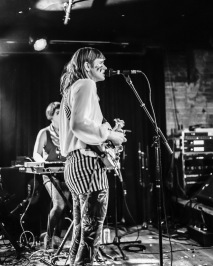 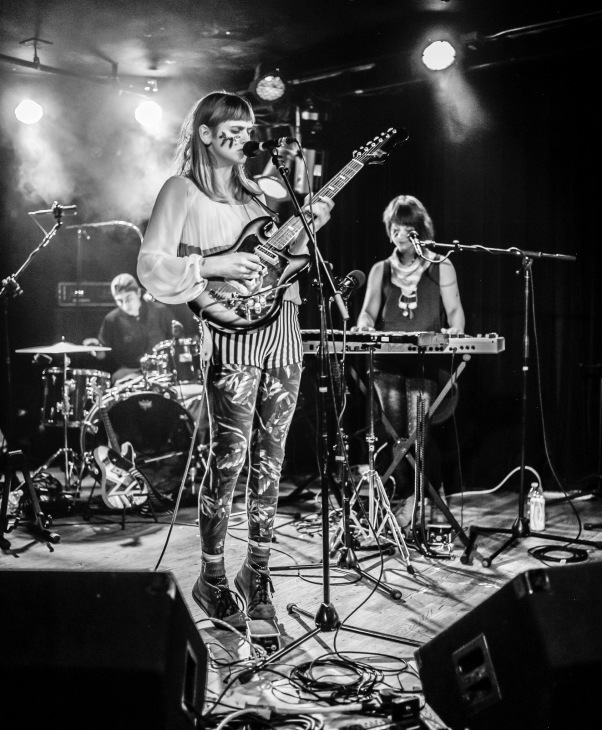